Yarra Valley Wine Tour
Amie Hu has kindly let us share her experience of the beautiful Yarra Valley wine region when she visited in April.

You can read below for where Amie visited in the Yarra Valley, her favourite wine and food experiences across the world. Read more about Amie Hu’s travels at http://www.amiehu.com/p/melbourne-maps.html 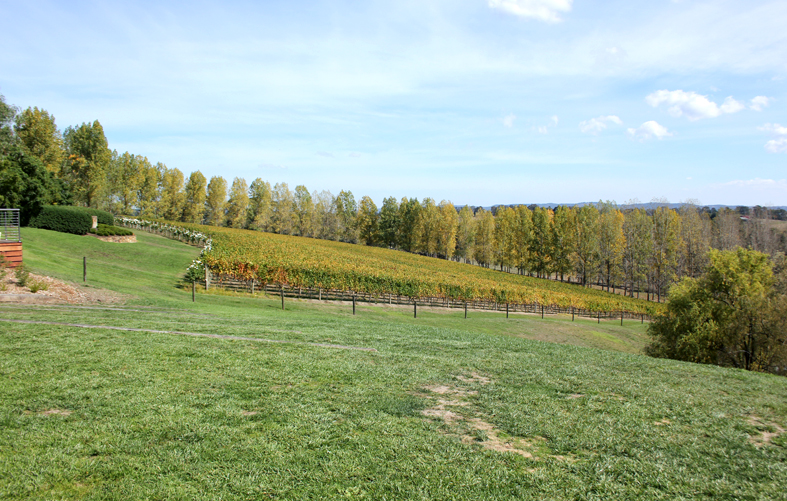 It’s time for Yarra Valley that weekend in April, catching onto the tail of summer in Melbourne… the fields were blooming in a luxurious shade of yellow. Oh, and it’s never too early to indulge in a drink or two, as Yarra teaches. In fact, wine tasting is a deliriously happy affair. 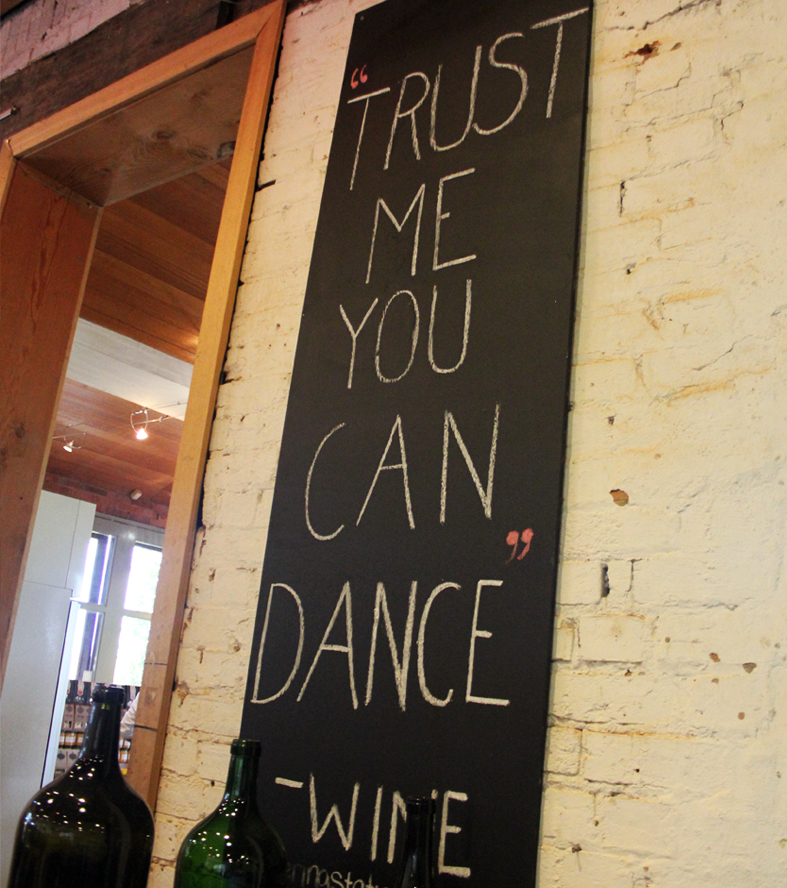 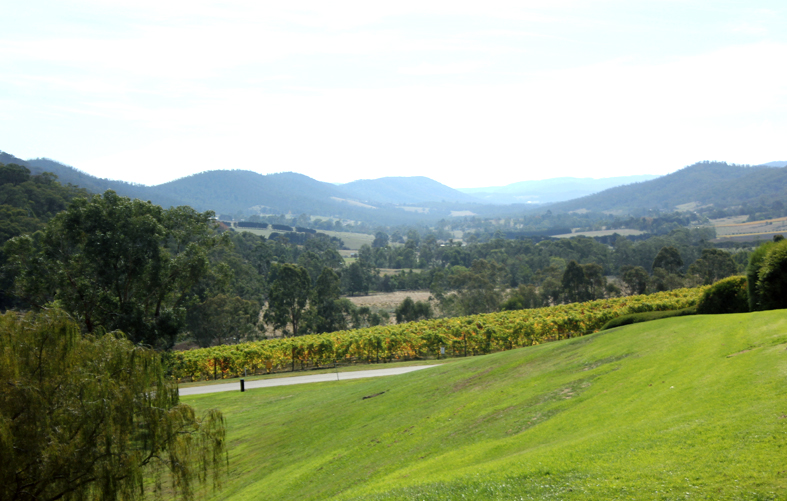 I was gloriously fattened up during that period of time, from an abundance of awesome food. I regret nothing! Yarra is generally flat, with gentle slopes of greenlands that stretch into the horizon forever and ever. I felt as if I was transported into a scene straight out of Heidi, okay, I know that is set in Switzerland but it sure feels like it. 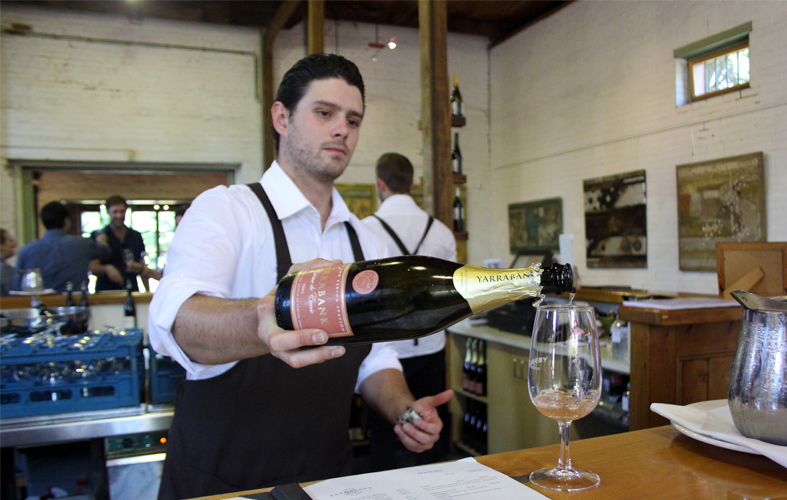 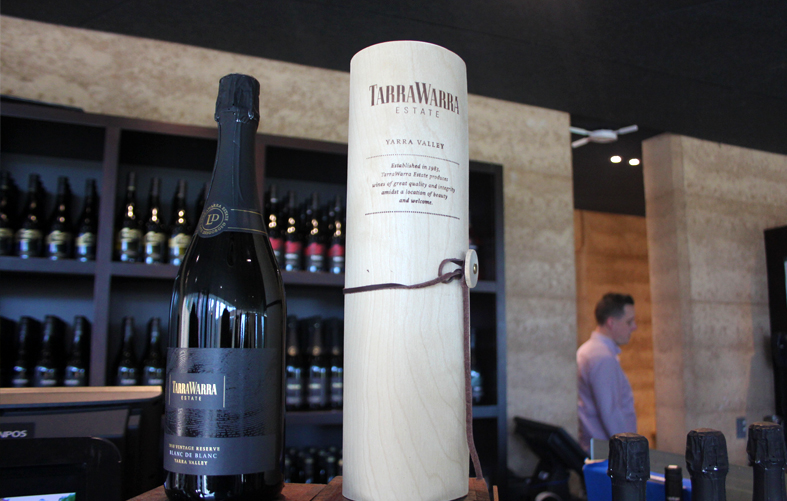 Apparently they are extremely generous with their wine tasting servings – not that I am complaining! 😉 But it is pretty safe to say my ability to remember details just deteriorated from there, so the most striking memory I could recall is that I remembered nodding in approval to Yering’s wines, or were at least, pleasantly intrigued by what they offered. In particular, they had really fancy wines infused with a huge variety of fruity zests – sniff out pear, shortbread, green apple, almond, macadamia and treacle aroma in the Cuvee, and remember to taste lemon, honey, cloudy apple, orange sherbet, and grapefruit while you’re at it. They had about six of those for us to try. Tastings are not charged here. 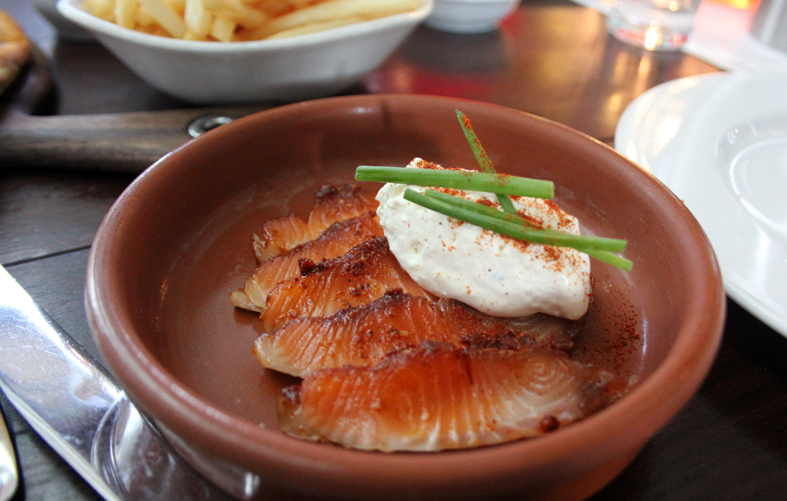 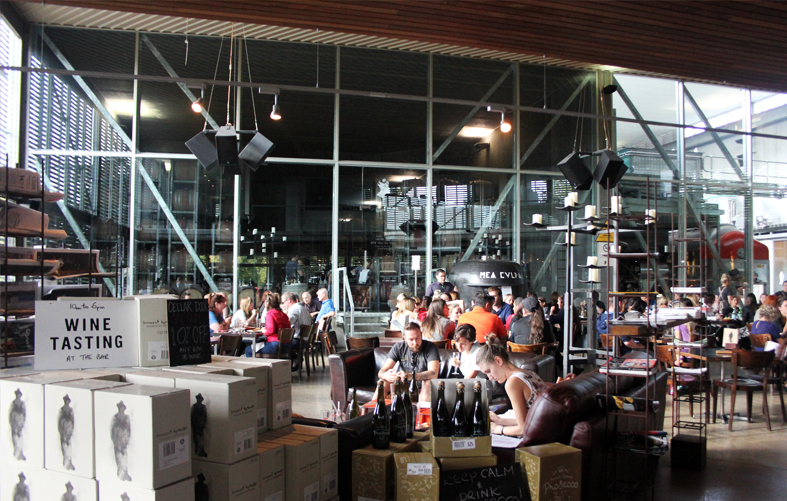 There aren’t many restaurants in the region, but the most popular one evidently has got to be the Innocent Bystander given the long queues. Time passes quite quickly if you’d put your name on the waiting list and hop to the next bar to have a drink first. They have a hall of fame with guest recommendations, newspaper/magazine features that flaunt how much of a stamp of approval they have from their fanbase. Their confidence shines through their wines as well, which they describe to be ‘reliable, over-performing and eminently affordable, varietal wines’. For starters, we had the Pork belly, chicken liver terrine with zucchini pickles and baguette (AUD13) and the Ora king salmon cured in pastrami spices with horseradish cream (AUD13) which hardly made a dent in our growling stomachs. The pork belly was one of the better ones I’ve tried, nearly achieving the instant melty effect that I love. The Ora king salmon was expectedly really tasty, so fresh and smooth, but I only wished it was a larger serving. Although it was quite a wait before our pizzas came, their Murray River salted frites (AUD7) kept us entertained for a while.

Innocent Bystander has an open-kitchen concept for guests to watch their chefs in action – particularly the Italian pizza chefs doing hand-stretched pizzas. Their pizzas are indeed overperformers, with fluffy and sinful pillows of buffalo mozarella cheese and savoury fresh slices of spicy pork sausage, San Marzano tomato and chilli on their pizzas (AUD24). Switching up with the San Daniele prosciutto, San Marzano tomato, cravero parmesan and rocket (AUD26), both pizzas that we tried were really delicious regardless. 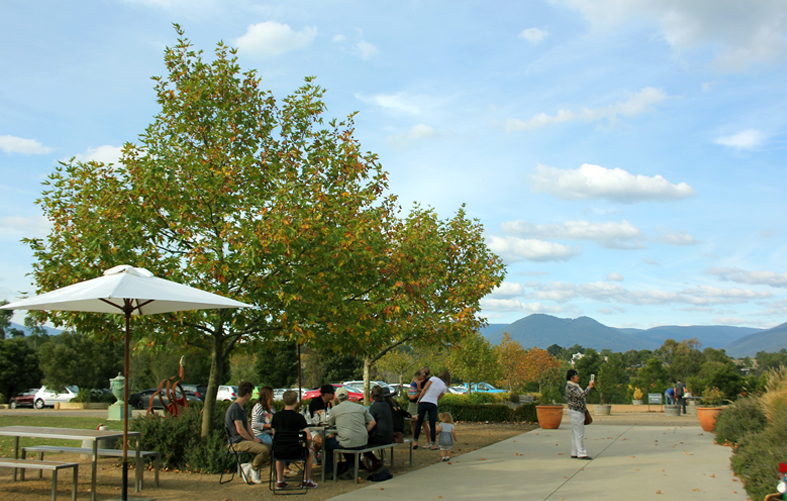 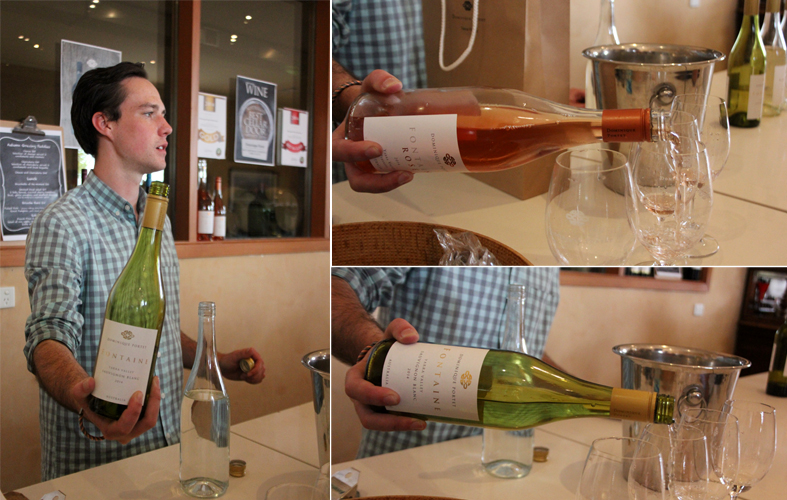 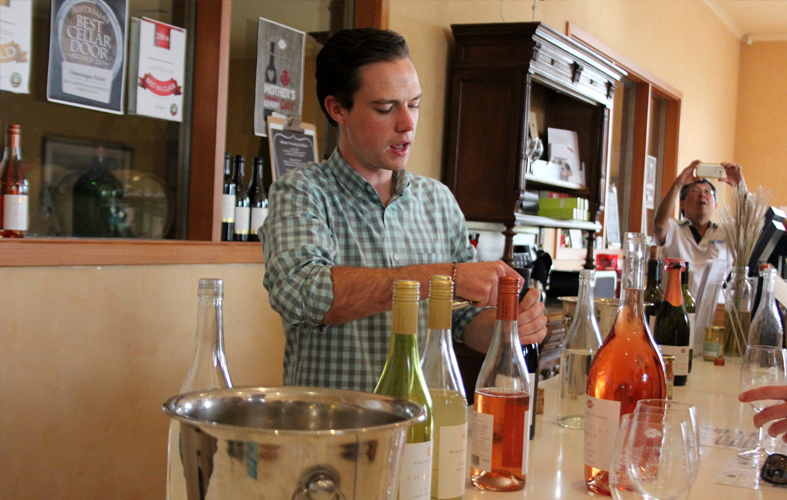 Dominique Portet is a 10th Generation winery in the Yarra Valley. Its architecture is telling of its historical roots from France, especially its large arched windows that allows sunlight to stream in. One of those we tried include the 2014 Fontaine Rosé which is distinctively bright salmon in color, with a celebratory blend of merlot (50%), shiraz (30%) and carbenet (20%). It is refreshing yet creamy, wonderful to enjoy during lunch just before a siesta, isn’t it? 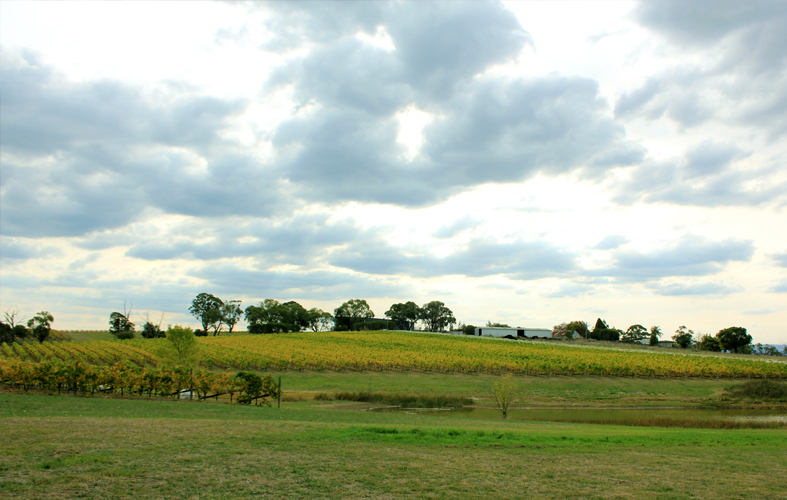 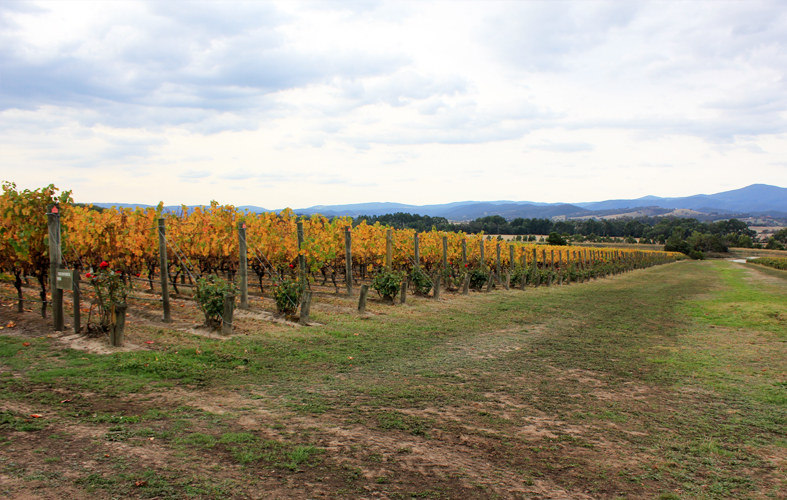 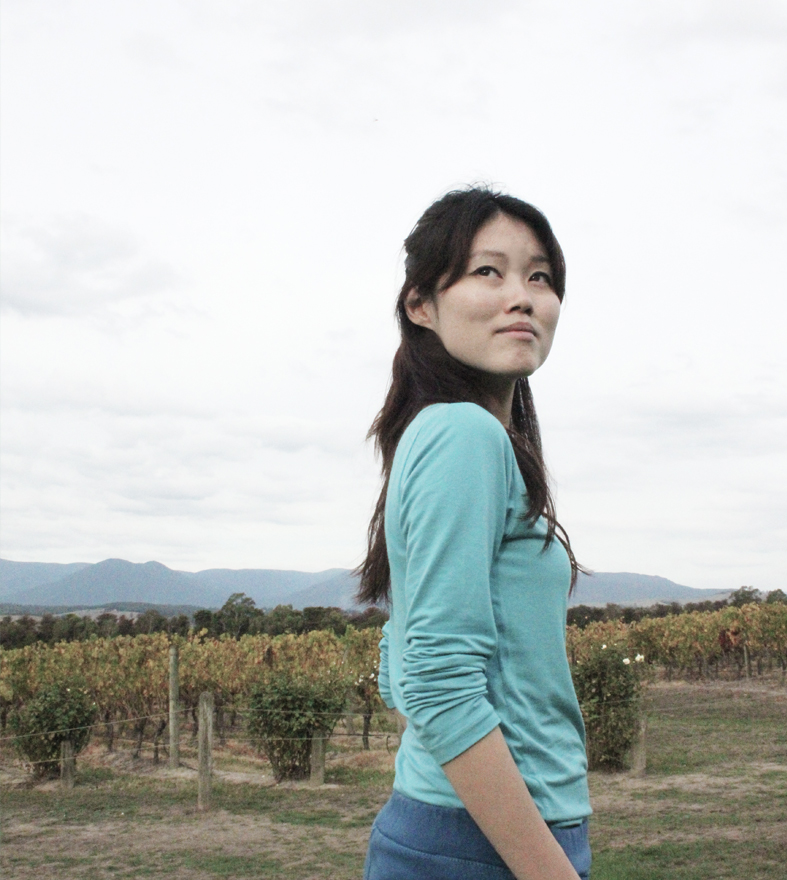 I have given up on drinking by now because it was quite an overkill after so many stops.. so I’ve retreated to photo-taking outside Domaine Chandon (the rest who continued their wine tasting adventures did mention they enjoy this stop the most). Right outside Domaine Chandon is a sizable amount of grape vineyards, you can simply find a lounge chair and watch the planes go by. Most people would also make a stop halfway to the

so that’s something you can consider if you’re planning for a trip to the Yarra Valley.